The Christmas tree erected within the historic Portsmouth Harbour Christmas market has enjoyed some additional festive touches this year thanks to metalwork supplied by Nottingham metal fabricator Essential Fabrications. 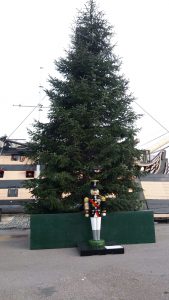 The metalwork was ordered by Pines & Needles Limited, a company which specialises in providing Christmas trees to leading venues and homes across London and the South. The company was founded in 1995 by Josh and Sam Lyle.

Pines & Needles hit the headlines for supplying a tree to Prince Harry and Meghan Markle, the first time the couple had been seen in public in December 2016 and the tree was installed on the day their engagement was announced. 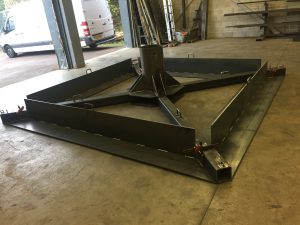 Portsmouth’s Victorian Festival of Christmas is the largest Christmas market on the south coast. It transports visitors to a bygone era where a cast of colourful characters roam the snow-covered cobbled streets, rub shoulders with a medley of street entertainers. Historic parts of the dockyard get transformed into a Victorian-style street, complete with coffin measurers, ladies of the night, street urchins, market sellers and many more and the 35ft high Christmas Tree was a key attraction.

Commenting, Mike De Butts, Corporate Installations Manager for Pines & Needles said, “Outsourcing the metal fabrication work for this project made economic sense. This was a beast of a tree and as it was being sited in a very public area it was worth getting the structural framework done by a certified welder. Essential Fabrications made the installation process much easier for us and we were delighted with the service and speed of delivery.”

Essential Fabrications has previously supplied metalwork frames for other projects involving Mr De Butts. His company, ShipShapeArts based in Arnold, Nottingham, was commissioned to supply the topiary sculptures which are on outdoor display in East Village, Stratford London. The most notable being the “sweeper” which was positioned in the site of the former Olympics Village. Essential Fabrications manufactured the metal frames on which the topiary figures are mounted.

If you are in need of a metal fabricator, please feel to get in touch on 0115 975 5787 or email us at sales@essentialfabrications.co.uk 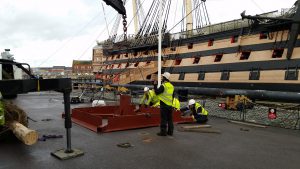 We can help build your project!

Tell us about your project

For all general enquiries
info@essentialfabrications.co.uk

For all sales enquiries
sales@essentialfabrications.co.uk